The Dangerous Domino Effect of the Wine Tariffs 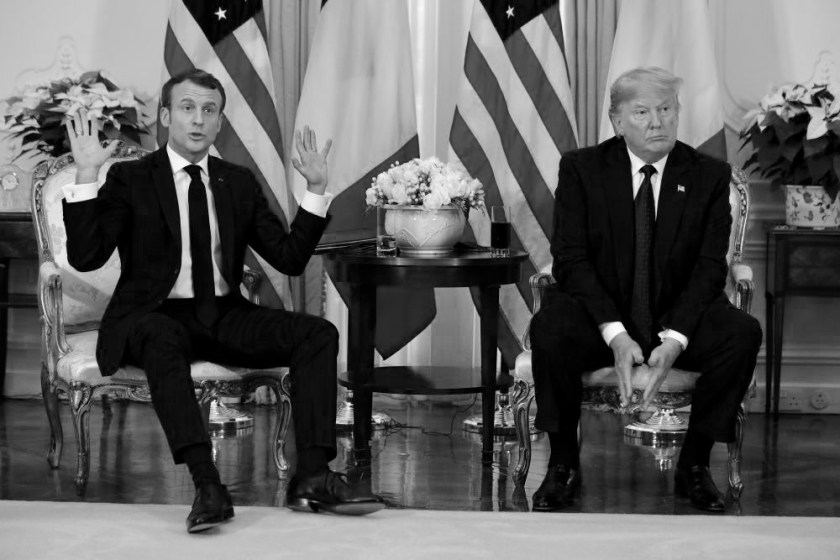 The Dangerous Domino Effect of the Wine Tariffs

Many articles have been written about the threat to the wine industry from the 25 percent wine tariffs imposed in October of last year and the threat of the up to 100 percent proposed in December. But not enough attention has been given to the dangerous domino effect the tariffs have initiated.

These tariffs – both proposed and already imposed – have acted like a string of napalm bombs.  The lingering impact is more destructive than anything I have ever witnessed in the wine business previously. The after-shocks have shook the very foundation of the wine distribution chain and left a looming shadow of the grim reaper hovering over the whole industry.

It would be impossible to fully illuminate the panic that has set in on the U. S. importers and the subsequent reaction of business actions/decisions that have occurred in response – but below are a few of the major shifts I have seen in the game.

In response to the proposed tariffs, there was a giant effort by the industry assembled opposing them, but it may not be enough as we go into the second supposed decision moment on Tuesday.

I hope everyone keeps the pressure on their representatives, because the threat is definitely not over.

What is certain is that there is immense confusion about which tariffs are still in play and a palpable fear among those in the wine industry that realize that the heavy tariff hammer could still come crashing down.

On October 18th of 2019, in retaliation for the Airbus/Boeing ruling by the W.T.O., the U.S. imposed a 25% tariff on products from Germany, France, Spain, and the United Kingdom, including wines of 14% or lower.  These tariffs are due when the products pass customs. For a full list of the October tariff products, click here.

In December, less than two months later, the U.S. formally proposed to escalate and expand the tariffs to up to 100% tariffs on all wines from the EU (and other EU products). These proposed tariffs are also related to the W. T.O. ruling in favor of the U.S. This tariff threat is still active and could still be imposed. Click to view the proposed list here.

French President Emannuel Macron apparently had a “great conversation” with our president and they agreed to a truce (announced via twitter) for 2020. This supposed truce is in response to the 3% digital tax that was passed into law last year in France and retaliatory “extra” tariffs threatened by the U.S that do not relate to the W. T.O ruling. This truce apparently means (color me dubious) that French sparkling wines like Champagne, Crémant, etc., are spared from this retaliatory tariff – at least for now.

Contrary to some confusing press coverage and social media posts, this “twitter truce” has nothing to do with the up to 100% tariff proposal that is still in play.

If the emotional mindset of market were reflected in the stock market, it would be in a free-fall full sell off. Importers are straight up shook.

What happens during these moments? A massive reorganization of the whole shape of the industry, followed by acquisitions and consolidation.

This is a business that works on a cadence – there is a tempo to importing wine from Europe in shipping containers.

The 25 percent tariffs that were imposed in October came as a surprise and put immediate pressure on countless importers with wine already on the water.

The timing of the October 25% tariff (going into the busy season of ’19) cut into 2019 profits and likely pushed some importers into the red.

With the imposed 25% and subsequently threatened up to 100% tariffs, the cadence of the entire wine import business became immediately corrupted, leading to significant bear trap scenarios highlighted below. In short, it is already real messy and will get nasty before it gets any better.

Right now, importers are actively trying to share the current tariff costs by asking for discounts from the wineries, putting new wineries they were planning to launch on hold and most alarmingly…questioning whether to put wine on the water at all.

There are a plethora of “small” importers in the game. The small, specialist importer segment is one of the largest growth segments of the past decade. Many of these smaller operations don’t hold a lot of stateside inventory or have large cash reserves. The currently imposed 25% tariffs impose a major strain, and in many cases, the threatened tariffs put a halt to any ordering in the new year…which brings me to the next problem:

Out of Stocks Galore

Normally the first months of the year (January/February) are naturally lean in inventory. Importers are re-upping after the high velocity buying/selling of the holidays and there are some end of year tax considerations.

Because of the imposed 25% and threatening prospect of up to 100% tariff threats, many importers were horrified to order more wine for the new year. The idea of re-ordering wine presented an incredible risk.

This dynamic is creating a shocking amount of stock outages and once-in-a-sales-lifetime opportunities for those with inventory to fill the open spaces on lists and shelves.

Sadly, as of this moment, a few notable importers are still waiting to order wine. They are afraid to get hit with a higher tariff that is imposed while wine is on the water, and can you blame them?

Importers and their distributors are going to start to raise pricing in response to the imposed 25%. This has already started to ripple through the marketplace and will continue to over the coming months.

Will we reach the Sancerre ceiling? Will some categories start to fail because they will inch past the consumer comfort zone with pricing? I think it is a wine by wine situation, but there will surely be strong changes. Additionally, certain “on fire” categories will move past the sweet spot on lists and start to stagnate – they just won’t fly off lists like they used to.

Here’s what I know for sure: the action of moving a customer from one category to another is much harder than it seems. The Touraine Sauv Blanc customer doesn’t automatically start buying the New Zealand Sauv Blanc.

Further, if the currently imposed tariffs are upped to 100% and/or expanded to other countries in the EU, the category discomforts get amplified exponentially.

Collectors are secretly loving this. A collector with wine in their cellar stateside looking to sell is in wine heaven. All of the notable/collectible wine is worth more now and can be sold or consigned at a premium to restaurants and retailers in NYC.

“ ...there is immense confusion about which tariffs are still in play and a palpable fear among those in the wine industry that realize that the heavy tariff hammer could still come crashing down.

No one in this business enjoys being out of stock and it isn’t ever a good look with any customer. Bring up stock outages/inventory problems to a sales rep and there is always a twitch. It is the strobe light of beverage sales.

Sales reps don’t like sales haircuts. They hate the prospect of the sales floor dropping out from under them because of short inventory.

Producers are going to move to new importers for the U.S. and/or allocate more wine into other markets around the world. They HAVE to look for the right place to keep stable sales.

This is exceedingly complex because coveted producers are often smaller production and they don’t necessarily have to sell to the U.S., but the past ten years are a good argument that they would be risking quite a bit if they choose to not be represented in the thirsty U.S. market.

What does this do for the natural wine tribe? It isn’t good for availability or representation and the pricing increases are going to be a heavy burden. Think about the Loire Valley in particular…

Going direct is another trend of the past decade – it means cutting out an importer (or distributor) tier, controlling pricing, and ultimately making more profit margin. I have written about the responsibility of import and distribution before; it isn’t as easy as it looks. Retailers and Direct-to-Consumer operations have been using email campaign programming to pre-sell, import, then deliver the wine to customers. Now they are going to face the same difficult and existential question the classic importer faces: do we risk it? Do we risk the chance that there will be more tariffs imposed on wine on the water that we have already sold and then have to pay the tariff on it when it arrives?

For now, this model or any variation of this model looks exceedingly dangerous.

Simple answer: Stateside inventory plus cash for buying power (or the possibility of borrowing cash), and consistent payment patterns over the past few years with producers equals a major upper hand. Some might even call it a wealth of inventory – I call it the model that will win every time.